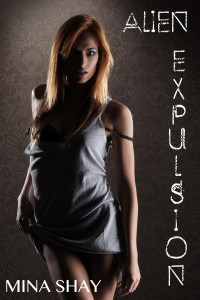 Carrie’s been expelled from her pre-med program and isn’t ready to face the music just yet. She decides to take the scenic route on the way home and finds herself lost in the middle of Montana. Carrie tries to get a motel room for the night, only to lose the last room to a sexy stranger.

The sexy stranger also claims to have recently been expelled from a research program on human behavior for inappropriate testing methods. He’s keen to continue his study and says he’d love to get inside Carrie’s head. But is that the only thing he wants to get inside of? And could he possibly be telling the truth when he says he’s from another planet?

Sign up to hear about new releases and special promotions. I won’t ever share your information with anyone else!