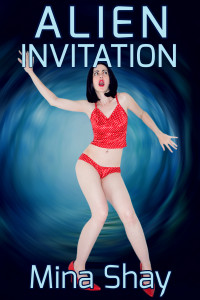 Janet has one particular skill that has drawn the attention of an alien researcher from across the galaxy. He uses his advanced technology to transport Janet to meet him in his lab. The meeting doesn’t go quite as planned when Janet’s mind-blowing skills prove too much for the alien’s sensory technology to handle. Will Janet bring the meeting to it’s ultimate conclusion now that the illusions are gone?